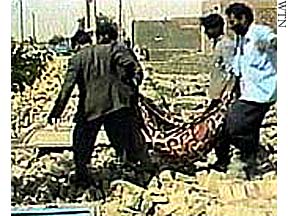 Introduction
The Iranian plateau, characterized by active faulting, active folding, recent volcanic activities, and considerable elevation contrasts along the Alpine-Himalayan mountain belt, has been frequently struck by catastrophic earthquakes during recorded history. These earthquakes have resulted in great loss of life and, by rendering large numbers of people homeless and disrupting the agricultural and industrial bases of their lives, have wasted natural resources.

Archaeoseismicity
Large, destructive earthquakes are very infrequent. The dormant period between large-magnitude earthquakes on a particular fault or fault segment in Persia ranges from many centuries to millennia. The great length of the earthquake cycle for most active faults in Persia results in a paucity of historical (pre-1900) and instrumental (20th century) data from which to assess earthquake hazards or derive an understanding of the mechanism of faulting.

Unlike instrumental and historical seismic records, the archaeological and geological records of earthquake activity extend many earthquake cycles into the past. Archaeological sites and historical monuments may yield direct or indirect evidence of earthquake activity. They may contain episodes of rebuilding or repairs following earthquakes. Several archaeological sites and monuments have provided earthquake information on Persia: Sagzabad about the middle of the 3rd millennium B.C.E., Ak-Tapa of 4,000 B.C.E., Gowdin-Tapa of 4,000-3,350 B.C.E., Marlik of 3,000-2,000 B.C.E., Parthian Nesa of 10 B.C.E.-10 C.E., Kangavar Anahita Temple of the 17th century B.C.E. and 224-642 C.E., Bishapur city of 293-302 and 531-79 C.E., late 10th century, Nishapur of 1145 and 1270, and Masjed-e-Jame of Qaen of 1066.

Historical (pre-1900) earthquakes
Historical records of catastrophic earthquakes have survived for centuries. At least nine destructive earthquakes in Nishapur/Shadyak have reduced the size and changed the location of the city several times . Ray has been devastated at least six times in its recorded history. Almost all monuments in Tabriz were destroyed or severely damaged by at least eight large-magnitude earthquakes, especially by the one on 7 January 1780, which reduced all buildings to rubble. Unfortunately, except for the Blue Mosque (Masjed-e-Mozaffariya) built in 1465, the city now has very few historical monuments.

20th-century earthquakes
Since the beginning of this century at least 126,000 people have lost their lives in destructive earthquakes in Persia. These losses cannot be justified in light of existing scientific knowledge and expertise in disaster management.

The Tabas-e-Golshan earthquake of 16 September 1978 and the Rudbar-Tarom earthquake of June 1990 were the most catastrophic earthquakes to have occurred in Persia to date in the 20th century. The Tabas-e-Golshan earthquake destroyed or severely damaged about ninety villages, slightly damaged another fifty villages in the region, and completely demolished the oasis town of Tabas-e-Golshan, where 85 percent of the inhabitants (11,000 out of 13,000) perished. Total fatalities were more than 20,000 with thousands injured. This earthquake, strongly felt over an area of 1,130,000 square km, destroyed over 15,000 housing units and thirty qanats in the epicentral region.

The Rudbar-Tarom earthquake, the largest in this century to affect an urban area in Persia, killed over 40,000 people, injured 60,000, and left more than 500,000 homeless. The earthquake destroyed three towns (Rudbar, Manjil, and Lowshan) and 700 villages and damaged another 300 villages in Gilan and Zanjan provinces of northwest Persia, southwest of the Caspian Sea.

Nearly 100,000 buildings were destroyed or badly damaged. Water supplies in 283 villages were destroyed or reduced by 70 percent, several thousand livestock were buried under debris, and farms and irrigation canals were seriously damaged. In addition, 1,200 km of rural roads now require repair or reconstruction. Economic losses caused by this earthquake have been estimated at $7.2 billion, constituting 7.2 percent of the GNP. The long-term effects of this catastrophic event, such as the disruption of major economic links between three large provinces, the resettlement of populations from at least three large towns and 700 villages, and the reconstruction of buildings according to modern standards will take decades to accomplish and will absorb a considerable part of the country's resources.