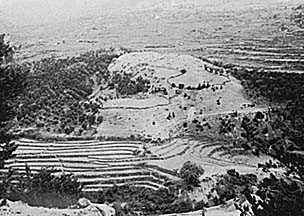 The magic of Marlik

Fourteen kilometers east of the town of Rudbar on the road from Tehran to Rasht, is a little coffee shop called "Kalati". Across the river from this coffee shop, on the southern bank of Sefid Rud lies the village of Lot which serves as a river port for the villages located in the valley of Gohar Rud.

Due to its natural advantages; the beauty of nature, the mildness of the climate and the fertility of the soil, from ancient times this area has served as the home of rulers and ruling classes whose lands extended over vast areas of northern Iran.consequently, in this valley there are numerous large and small archaeological mounds in which the remains of forgotten ancient cultures have been buried, of which the most important are Marlik, Zeynab Bejar, Pileh Qal'eh, and Jazim Kool.

I have concluded that the Marlik people flourished for two or three centuries during the late second and early first millennium B.C., that they used Marlik, because of its religious importance, as a cemetery; that their great school of art could not have existed without depending on a strong political power whose center could not have been far from the Marlik royal cemetery; that this culture dominated a vast area including Gilan, Mazandaran and Azerbaijan and its influence extended to other parts of the Middle East; and finally it can be theorized that at the beginning of the millennium B.C., under pressure from western states such as Assyria, the power of the Marlik people gradually declined and that the remnants of these people were driven to the central part of the Iranian plateau.