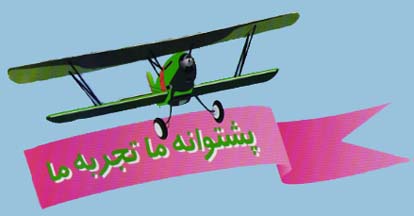 From an Iran Tours Corp. ad: "Our backing is our experience"

Every Iranian should be proud of Iran Air's achievements before 1979 and in the 18 years after 1979. As Anthony Vandyk wrote in Air Transport World (July 1991): "Iran's flag carrier continues to command industry respect for its success in surviving - and indeed prospering - in the face of adversity."

The following information is what I have gathered from various sources. If any readers have more up to date information, please share it.

Asseman Airlines This domestic airline flies between Tehran and smaller cities and provides charter service to the government. In recent years they have started to fly more modern aircraft. The following is its fleet information as of December 1994:

Mahan Airlines This airline flies between Tehran and Kerman. It uses leased aircraft from Russia's Aeroflot, mainly Tu-154s. This information may be out of date. No up to date information available.

Caspian Airlines A joint venture between Iranian and Russian entities, flying between Tehran and other major cities. The aircraft are all Russian made Yak-42 Tri jets.

Safiran Airlines In 1996 it was reported that this startup airline had acquired four Airbus A300-4B aircraft for charter service in Iran.

National Iranian Oil Co. (NIOC) Airlines This airline is based in Ahvaz and flies to Abadan, Khark Island, Masjed Soleiman and other locations that NIOC operates. The NIOC airlines was based in Abadan before the start of Iran-Iraq war in 1980. This airline started operations in the 1960s.

SAHA Airlines I am not sure about the name, but this airline is operated by the Iranian air force and uses Boeing 707 and C130 aircraft.